Where do wedding traditions come from? The Rings – Diamond Engagement Rings, Wedding Rings, the Ring Finger…

I’m finding it so interesting writing these posts about wedding traditions and how they’ve come about. Each one brings some really fun little facts. If you want to see the rest of the series, you can read about before the big day and the cake and champagne and the Wedding Party.

I’d never given much thought to how the tradition of wearing metal on our fingers to symbolise our connection to another came about, but as I continued to research about wedding traditions, I could see that it was a tradition with symbolism all of its own. 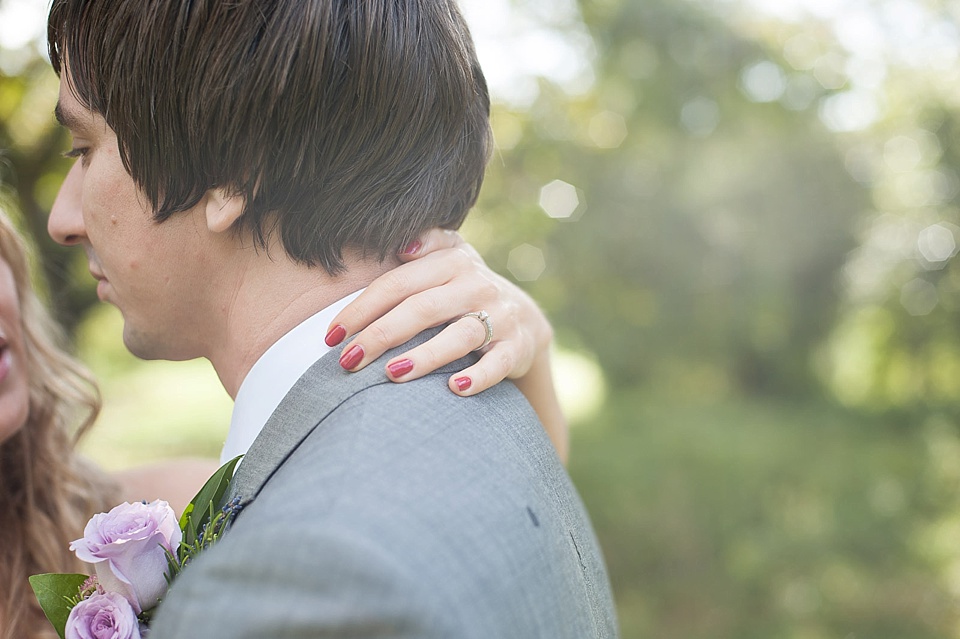 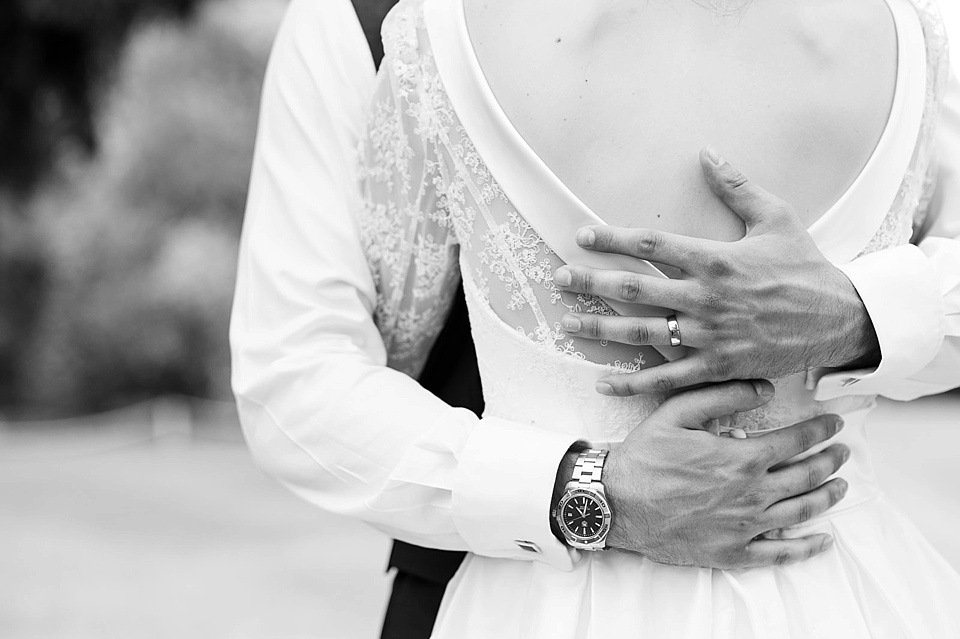 The circular shape of a ring symbolizes eternal love as sometimes mentioned during a wedding ceremony, but did you know it was the Pharaohs of Egypt who first used a circle of hemp or rush (grass-like plant) believing in its symbol as eternity. Do you remember how I wrote about the bride used to be stolen in my post about the bridal party. Well, there’s also a connection here to that the ring is a less restrictive symbol of the hand and foot bindings of a captured bride! After grass, came leather, stone and then metal.

The idea of the ring didn’t, however, become a custom until the Romans came along. The earliest rings were made of iron, but gold set with gems became the fashion in medieval times. Gold traditionally represented enduring beauty, purity, and strength, whereas the jewels selected also had symbolic meaning. Ruby was the colour of the heart, sapphires reflected the heavens and meant marital happiness, aquamarines meant a long and happy marriage, whilst the pearl was considered bad luck as it looked like a tear, but the most coveted gem of all was the indestructible diamond. 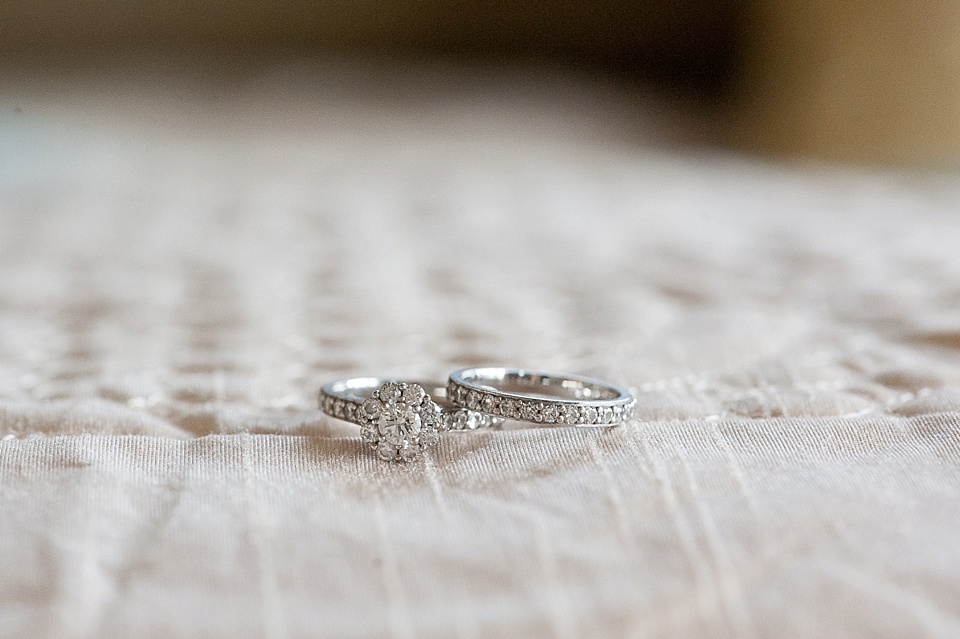 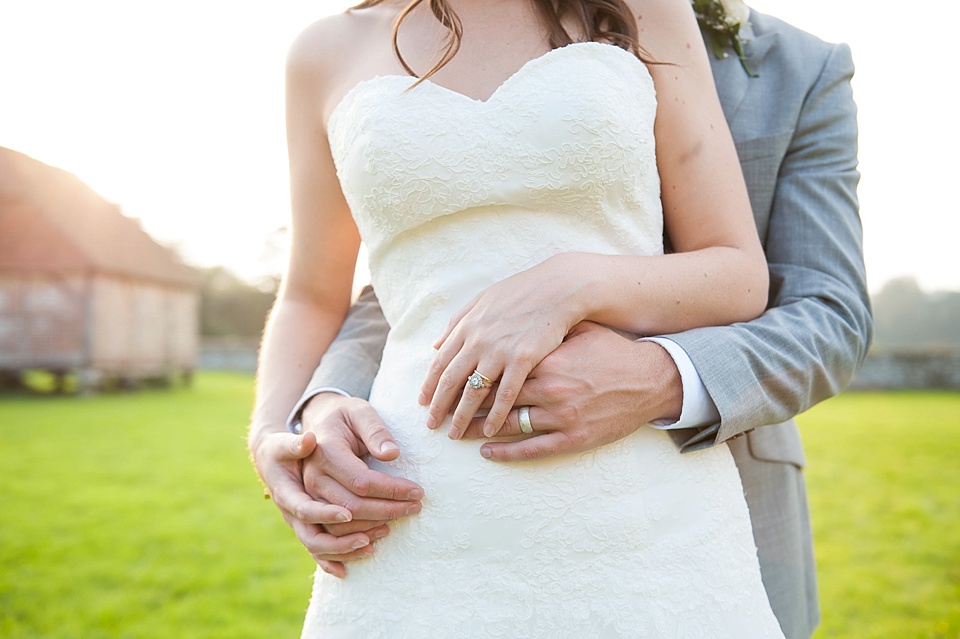 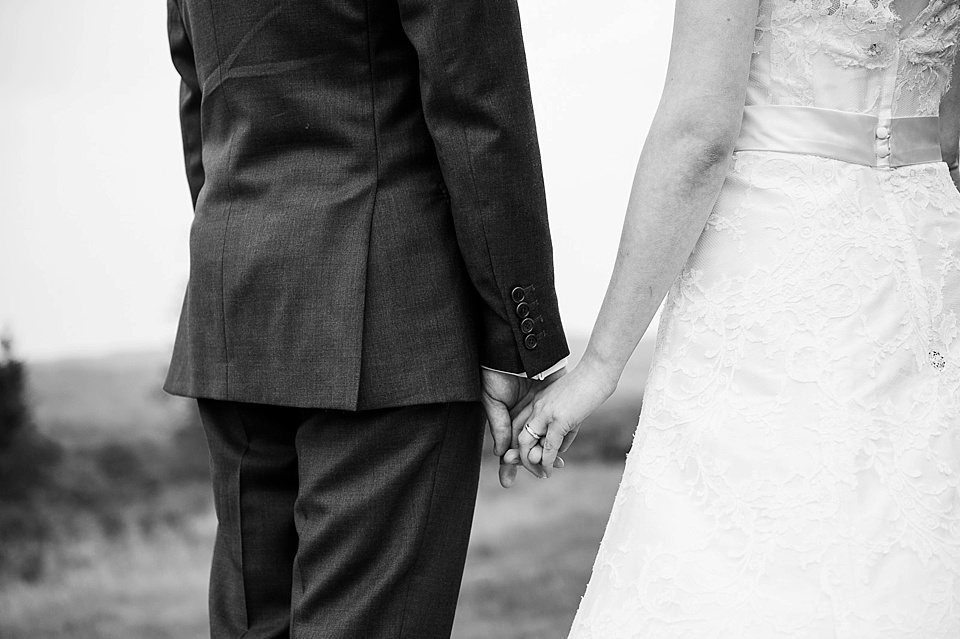 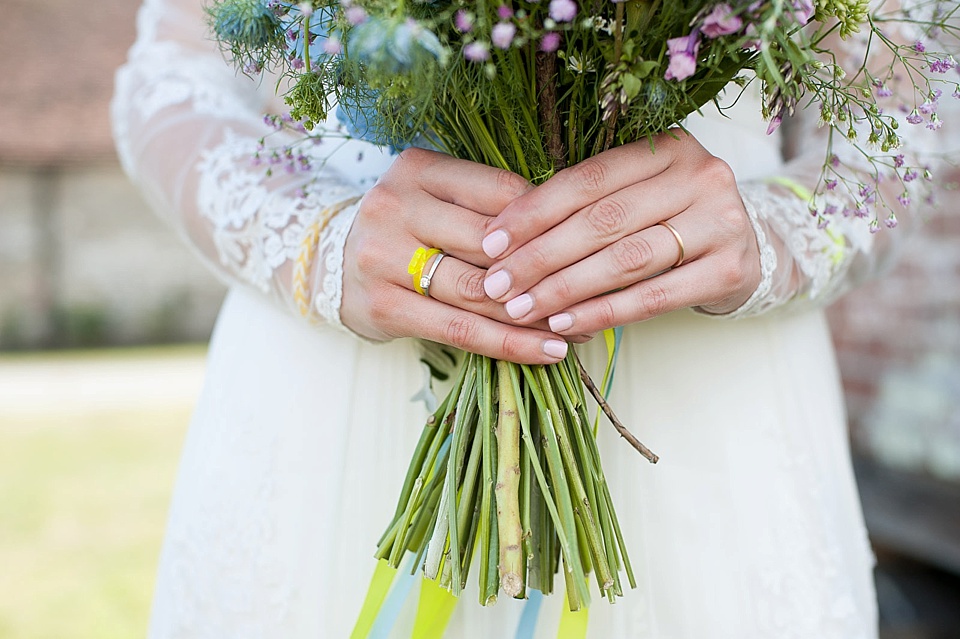 The word ‘diamond’ comes from a Greek word meaning ‘the unconquerable’ – I love the drama of this. Diamonds are nature’s hardest material, representing complete strength, a wonderful statement for a marriage. Ancient Greeks believed they were bits of fallen stars, very romantic! It was thought in India to offer protection from evil forces if you wore diamonds. Ancient astrologers also promoted the idea that diamonds symbolised lasting love, sexual power and warding off evil.

But why wear the ring on the third finger of the left hand? It turns out that the ancient Egyptians associated the vein that through that finger, vena amoris (vein of love), ran straight to the heart. According to medieval experts, the groom placed the ring on three of the bride’s fingers, in turn, to symbolize the Father, Son and Holy Spirit in the Christian Trinity. The ring then remained on the third finger and has become the customary ring finger.

Wedding rings for men were first introduced by the Greek Orthodox Church in the 1300s although the custom didn’t catch on in the States or the UK until World War II when men were forced to leave their loves behind, not knowing if and when they would return. In fact, love was considered critical to the war effort, giving the soldiers solace and a reason to return home. 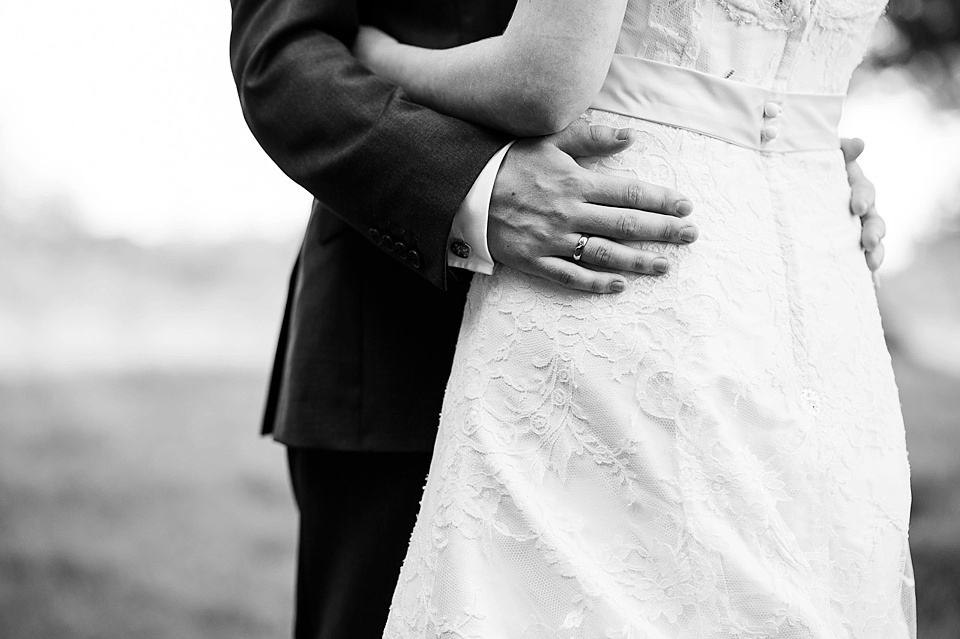 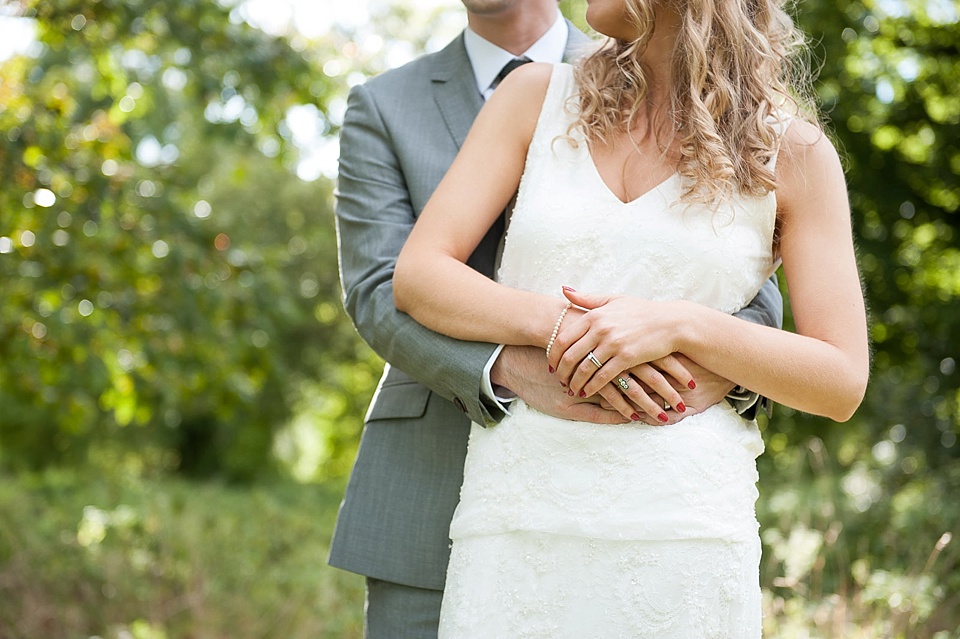 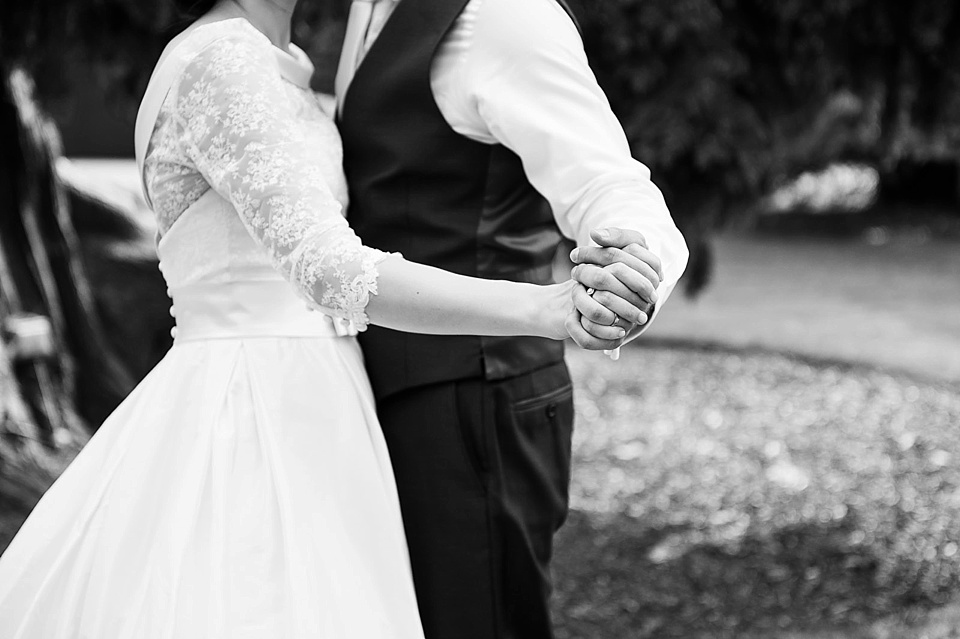 In countries such as Italy, Germany and Greece, it isn’t just the brides-to-be who wear engagement rings. Grooms in these countries wear simple gold bands that are joined by another ring during the wedding ceremony. The Greeks often give these engagement rings special inscriptions, and the rings are worn on the left hand until the wedding, after which it’s moved over to the right.

So what of the tradition of engagement rings? There are many tales floating around. One story states that a fantastically named Archduke Maximilian of Austria started the diamond ring trend in 1477 when he presented one to his beloved Mary of Burgundy. Another story explains how in medieval times, the groom would most often pay for the bride’s hand in marriage, using precious stones as part of this payment to symbolise his intent.

Yet another story tells of a pope in the 12th century who laid down the rules that weddings should be held in a church and that brides were to receive rings. He also made it clear that the time between engagement and marriage should be longer, popularising the idea of engagement rings.

The tradition of the promise of intent still stands today with the wedding industry emphasising the idea of paying to preserve tradition when in fact it was only in the 20th century that the idea of a diamond engagement ring was jumped upon by DeBeers who created a single ad campaign that changed everything – A Diamond is Forever. In 1938, this company became determined to make a diamond ring a “psychological necessity” for any couple who wanted to get married, organising lectures at high schools promoting the importance of this item! Can you believe it!

De Beers was also responsible for the conventional idea that a man ought to spend two months’ worth of salary on an engagement ring, setting different standards around the world – in Japan, three months’ salary was advertised. They also promoted the “surprise engagement” after their marketing research determined that men chose more expensive engagement rings when they went shopping without their wives.

And so there you have it, even something as simple as the wedding ring has all sorts of stories attached to it! 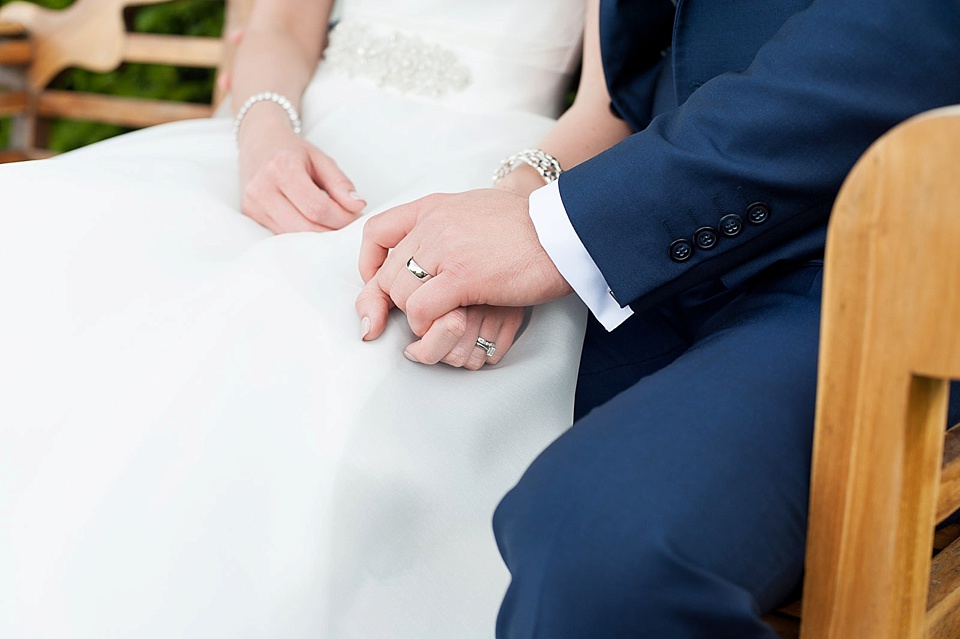 If you want to check out a little more I have come across a fabulous Illustrated guide to the History of the Engagement Ring, put together by the diamond expert, Vashi. If you are looking for a ring, Lily Arkwright specialise in moissanite and lab grown diamond bridal jewellery, and are passionate about providing ethical and sustainable pieces of fine British Craftsmanship that last a lifetime.