Wedding traditions / After the wedding

Where do wedding traditions come from? After the wedding…

This is the finale to the Wedding Tradition series, it’s time to look at the traditions for after the wedding day is done.

So, the vows have been said, the champagne has been drunk, the cake has been sliced, the bridesmaids have partied and the speeches have been said. So how do you leave your wedding? It was not so long ago that the bride and groom didn’t stay for the party and left after the meal. Weddings used to be a much shorter affair, with the ceremony followed by afternoon tea or a small meal. The newly married couple would then change into ‘going away’ outfits and leave before all their guests to head off on their honeymoon. That’s pretty much unheard of nowadays. Can you imagine missing out on the dancing and the evening fun? 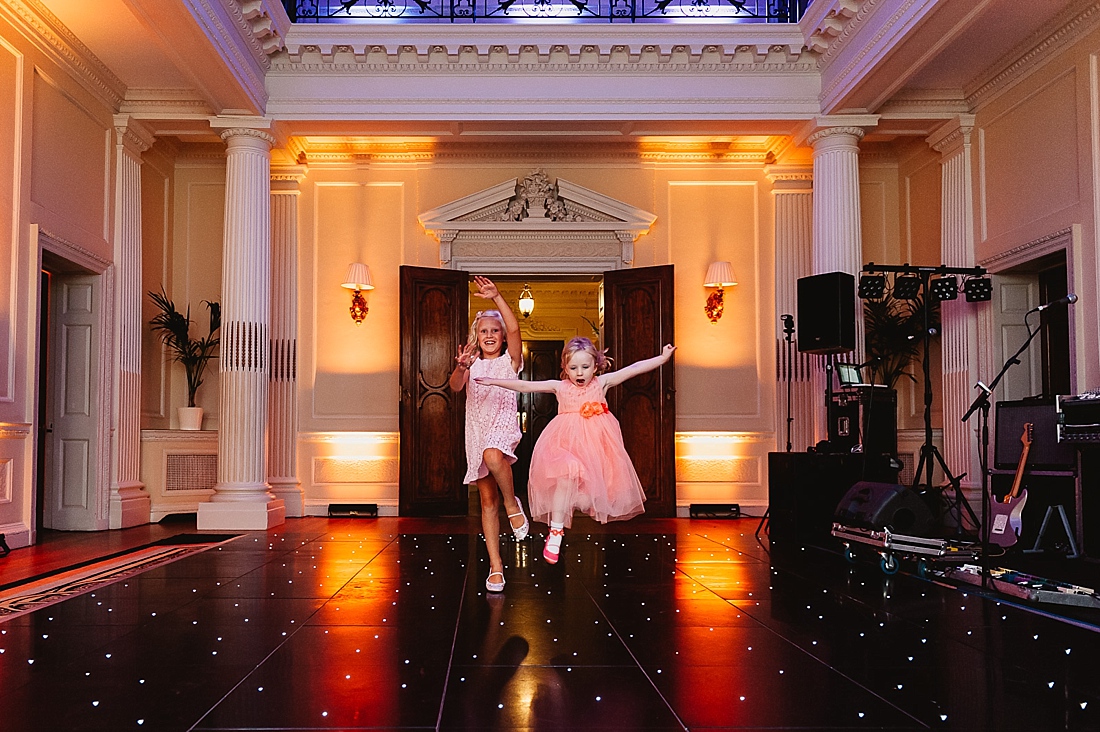 Tying Tin Cans to the Bumper

This is probably best known from the days when your parents or grandparents married and weddings ended earlier with couples driving off together on their honeymoon before their guests left. If you want to be inspired by the past with a little bit of retro why not make an old school exit and allow your ushers to can tie tin cans to the bumper of your car and spray silly string messages all over it. (Be warned, apparently, it’s really hard to get this stuff off the car if you get married on a hot day!!) This is a really odd tradition and one that seems more in keeping with frat parties and boys playing pranks. But where did this strange tradition originate?

It was called the shivaree in the States, and charivari in France. Grooms from out of town who had effectively stolen local brides were made to pay a toll to the locals by offering a midnight meal. If they failed, then tin cans were tied to the bumper of the car by those men who had supposedly lost their chance with the bride

Carrying The Bride Over The Threshold

We’ve all seen it in the movies – the bride and groom are perhaps a little tipsy as they head back to their hotel room or home and the bride stops to insist the groom carries her over the threshold into their home together. Cue man looking a little huffy and bride’s head being knocked on the door by accident. But it is deeply rooted in the belief that brides were considered hesitant before entering the bedroom with the groom and so grooms had to carry their brides in order to encourage them! This certainly ties in with the ancient stories of capturing the bride in order to marry her, hence she was dragged into the marital chamber! A slightly more romantic reason for carrying the bride was to protect her from evil spirits lurking below. A slightly nicer reason I think.

Going on Your Honeymoon

So where did the idea of the honeymoon come from? It may be that going away together after the wedding offered a cooling-off period for the bride’s family where they could get used to the fact their daughter had been stolen! Perhaps the groom thought all would be well once they returned?

In several ancient European tribes, the weddings would only take place under a full moon, which might have some links to the name. In Norse tradition, the bride and groom went into hiding for 30 days (30 days! That sounds like a brilliant excuse for a holiday). During this time, a friend would bring a cup of honey wine, and being 30 days this would be the equivalent of a moon cycle, hence honeymoon!

Many moons later in the 21st century, the honeymoon is an opportunity for the bride and groom to start married life with a luxury holiday and special time together. For many, it’s the chance for a trip of a lifetime or one they wouldn’t normally be able to afford to do or think of doing. Nothing quite beats a honeymoon, spending time with the love of your life and enjoying some fabulous experiences together. 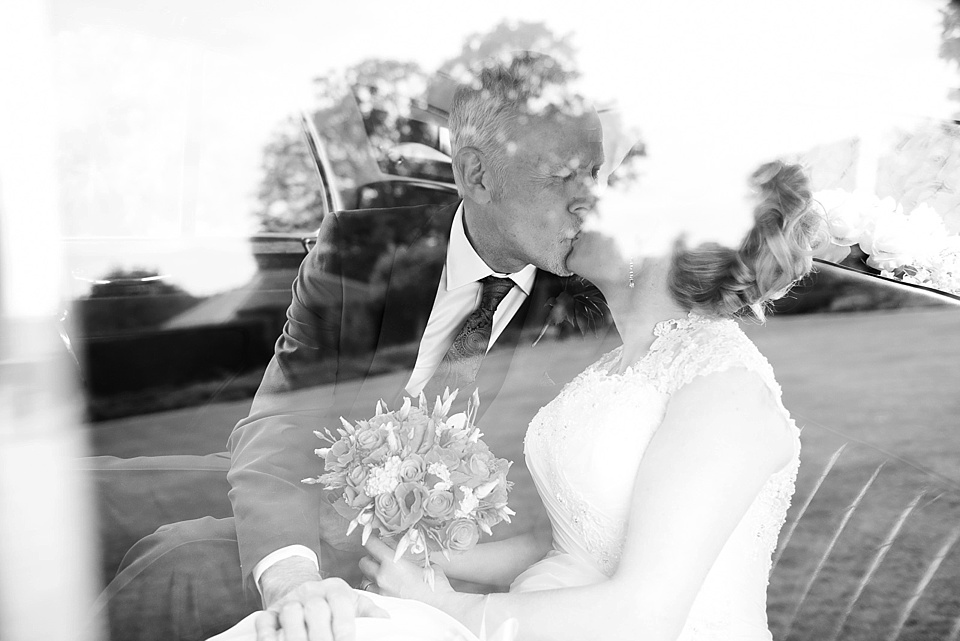 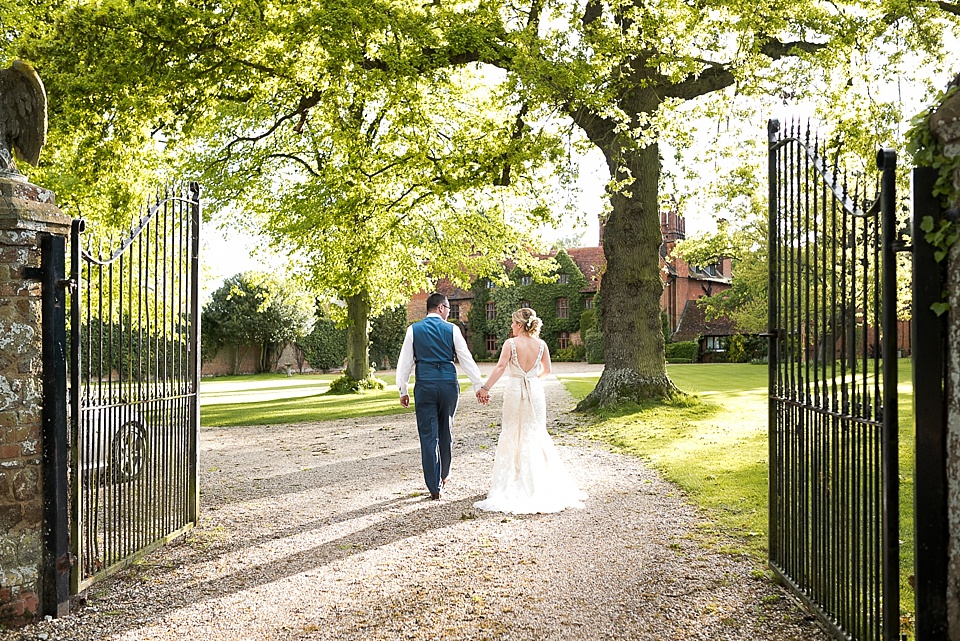 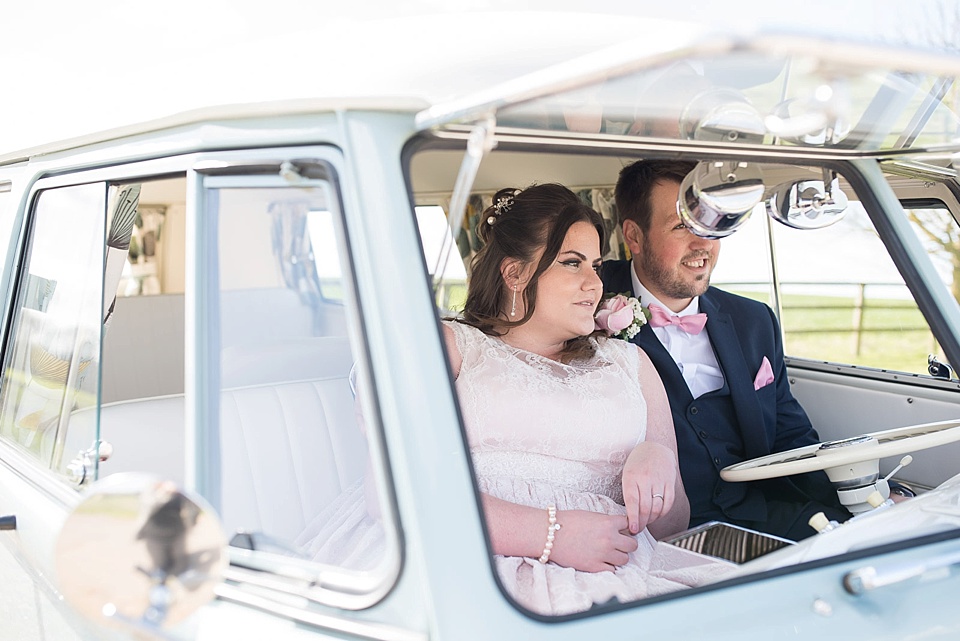 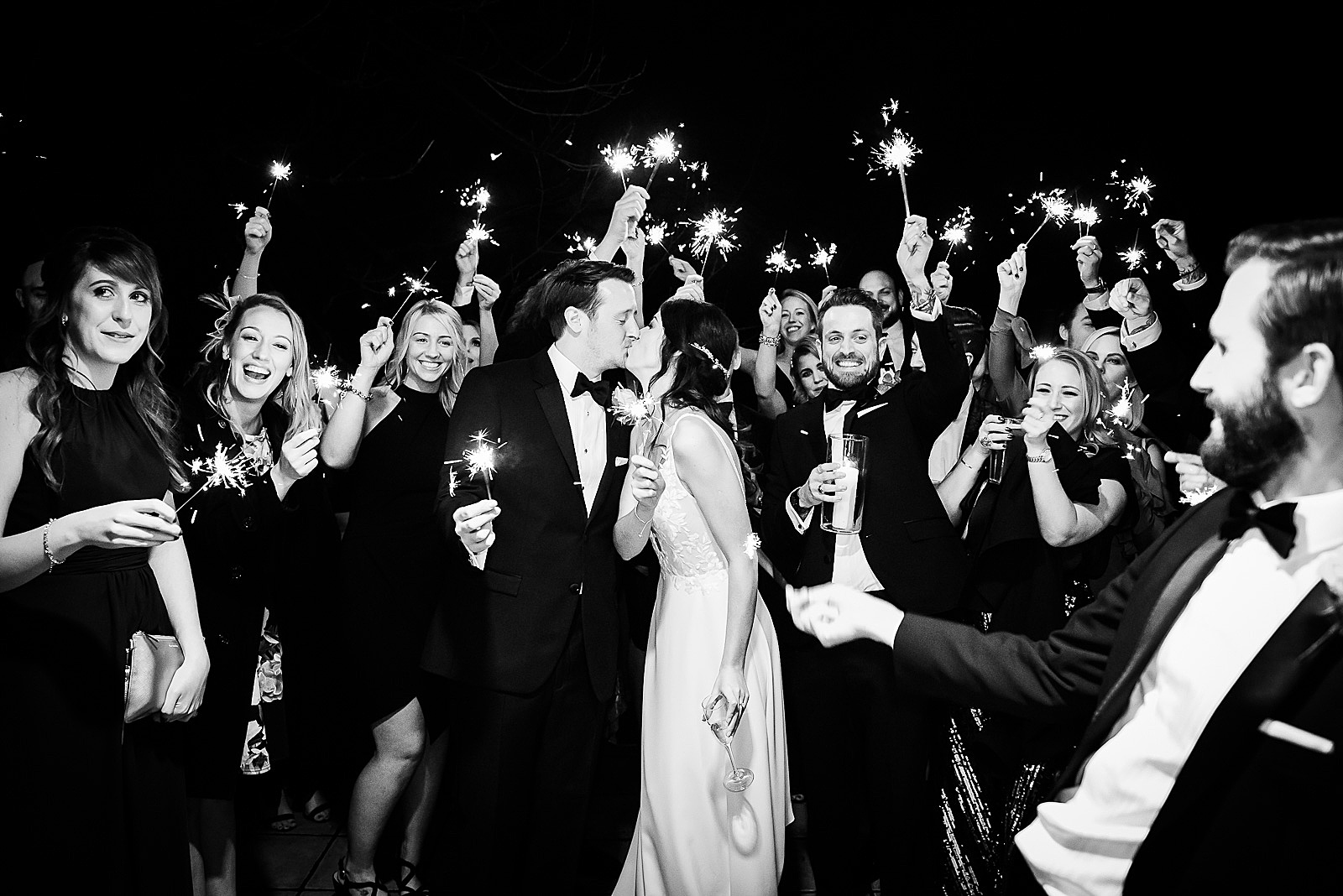 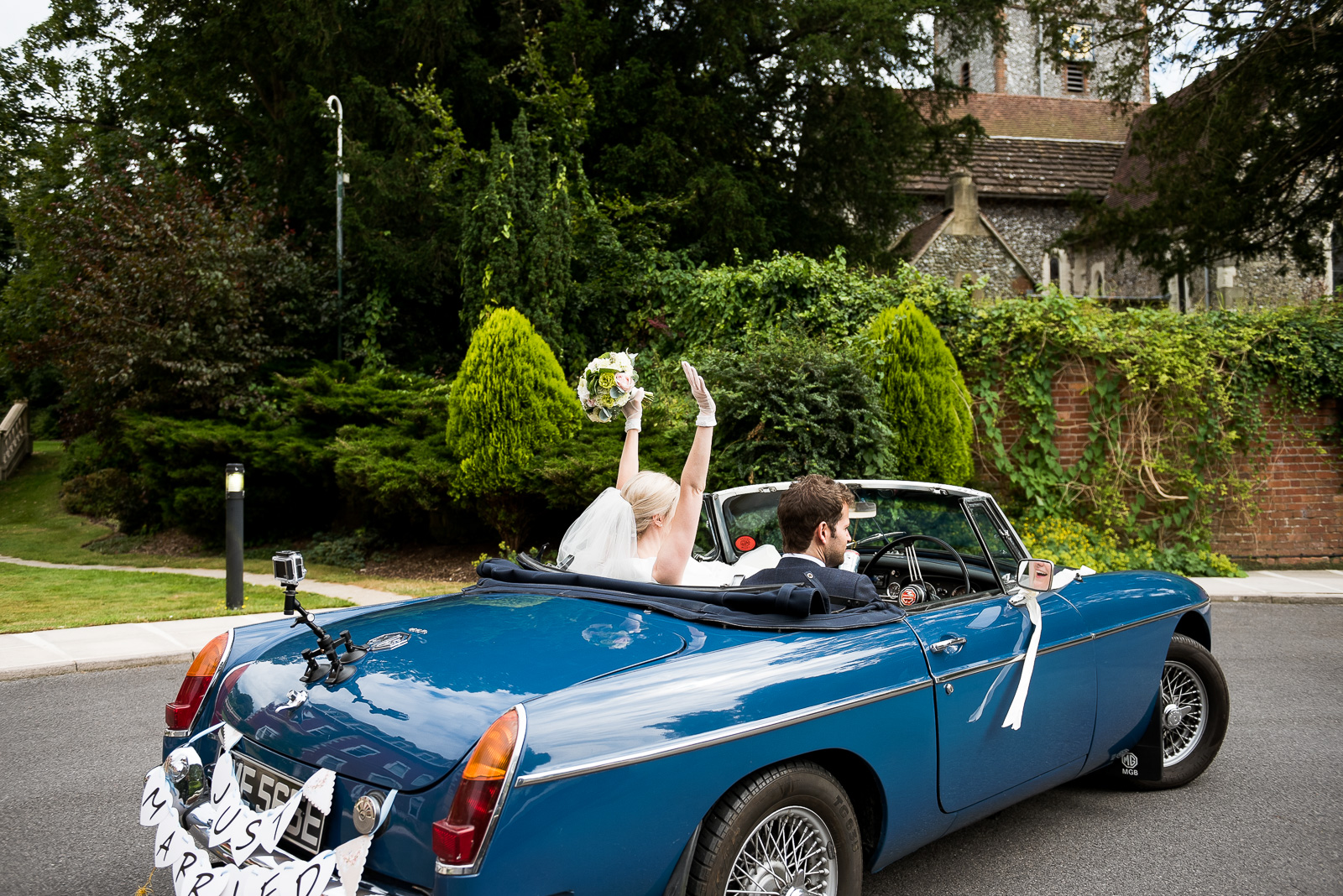 So, folks, as I mentioned at the start this is the last edition of my Wedding Traditions series! I hope you’ve found it as interesting as I have to learn about the history behind the whys and wherefores of each of the well known white wedding traditions. I’ve learnt why a wedding cake is in tiers, why it’s bad luck for a bride and groom to see each other before the wedding, why brides wear white, and where did the famous “Something old, something new, something borrowed, something blue” saying originate. I’ve learnt why champagne is drunk at wedding toasts, and how wedding rings were not always made of gold, why hen parties exist and why it’s traditional for the bride and groom to get up and dance before the rest of the party begins. As a history fan and useless fact lover, I’ve enjoyed every bit of it, and I hope you have too!

You can view the full weddings featured in this post here:

Love the picture of bride and groom in the car, looking through the window, kissing. Fantasitc picture.

Thanks so much Yolande.

Absolutely stunning work.We’d heard great things about Fiona kelly photography and i can see why. Hope we get to work with her one day!

Thanks loads, would be great to work with you too

Love this photo from Emily & Johns wedding. Can’