A marriage proposal in Kew Gardens

When I was asked to photograph this marriage proposal in Kew Gardens, it was a yes from me! Photographing a proposal is such an exciting (and nerve-wracking) thing. To be there to document a life event is a complete honour and something that is a real joy to do.

Tim’s mum got in touch with me a while ago. She was so excited her son was planning to propose to his long term girlfriend. She thought it would be a lovely thing to capture that moment. Particularly as Tim and his girlfriend (now fiancee) are from the US and the proposal was going to happen during their trip here in the UK.

It was all booked in and we started planning. I chatted to Tim to coordinate the time, date and where. The where was easy as he knew just what he wanted to do. The couple are horticulturalists and Kew Gardens is a favourite place of theirs. Particularly the Temperate House as the last time they visited it was closed for repairs. I suggested first thing in the morning, as it would be quieter and less likely someone photobomb during the critical moment!

So there we had it. The plan was set. I was there early, to get into place. I am always punctual, it’s almost impossible for me to not be on time. But when it’s a proposal I am extra early, just in case. Sadly it was a rainy day, but that didn’t deter Tim.

At the time we agreed I was on the lookout for the couple. I spotted Tim and Jessica walking towards the Temperate House. They climbed the steps and before Jessica knew what was happening, Tim got down on one knee, ring box in hand and proposed! Yay….what a wonderful moment. It didn’t matter that is was grey and rainy. The two of them had the biggest smiles.

After giving them a few moments to take it all in, I approached and wished them huge congratulations! We then spent a little time taking some photos of the two of them around the Temperate House. I left them to enjoy the rest of their day, share the news with their families and enjoy the moment. 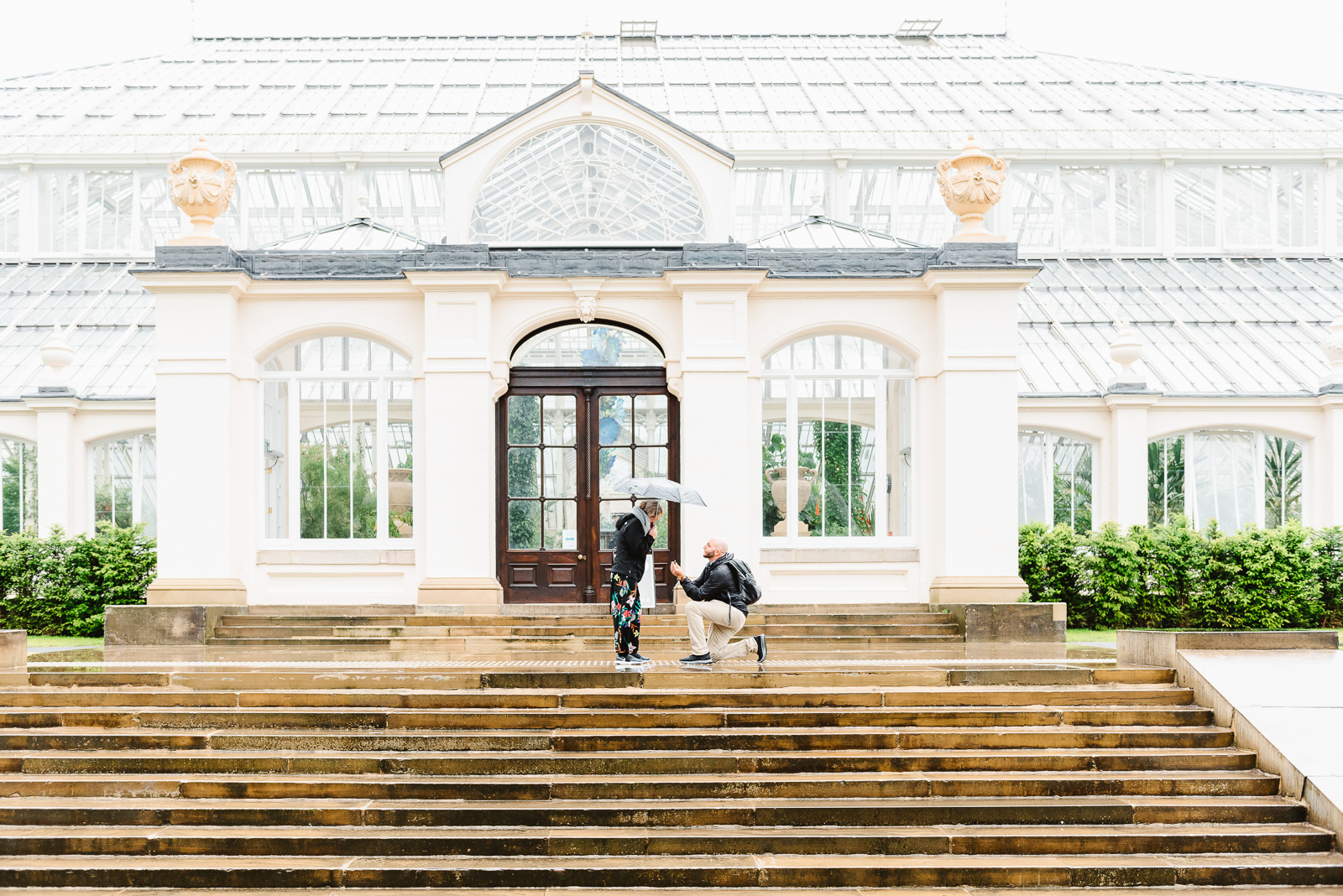 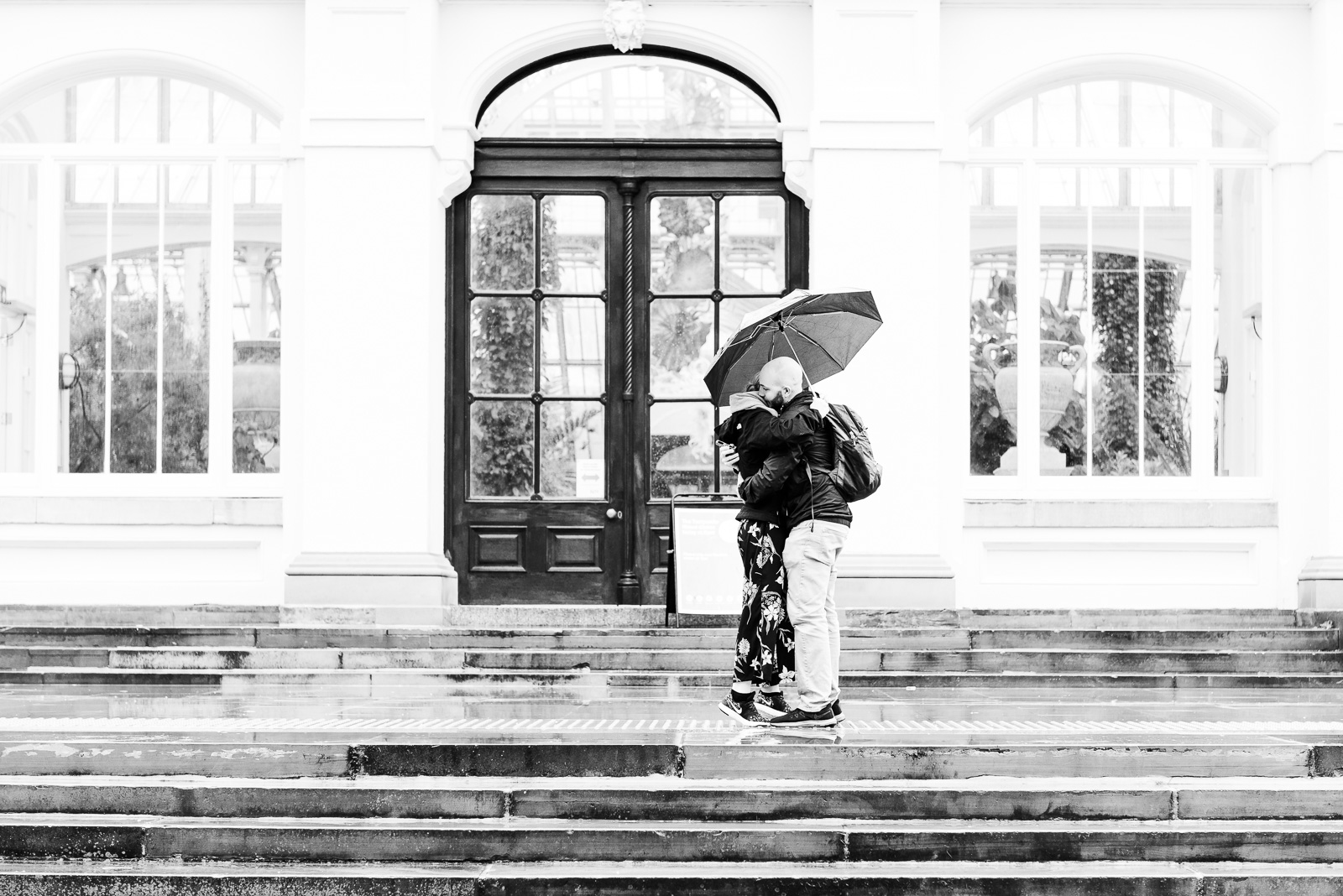 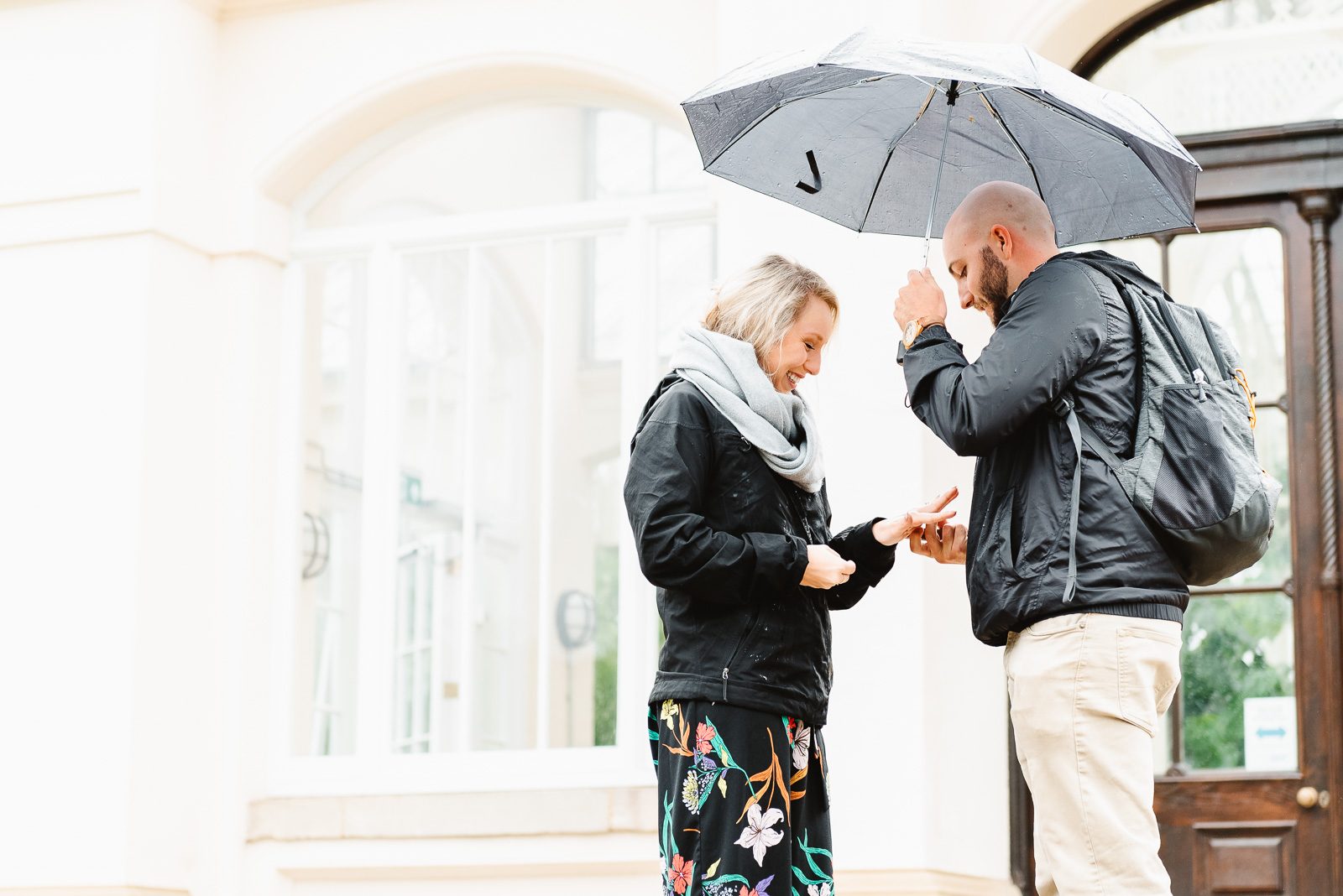 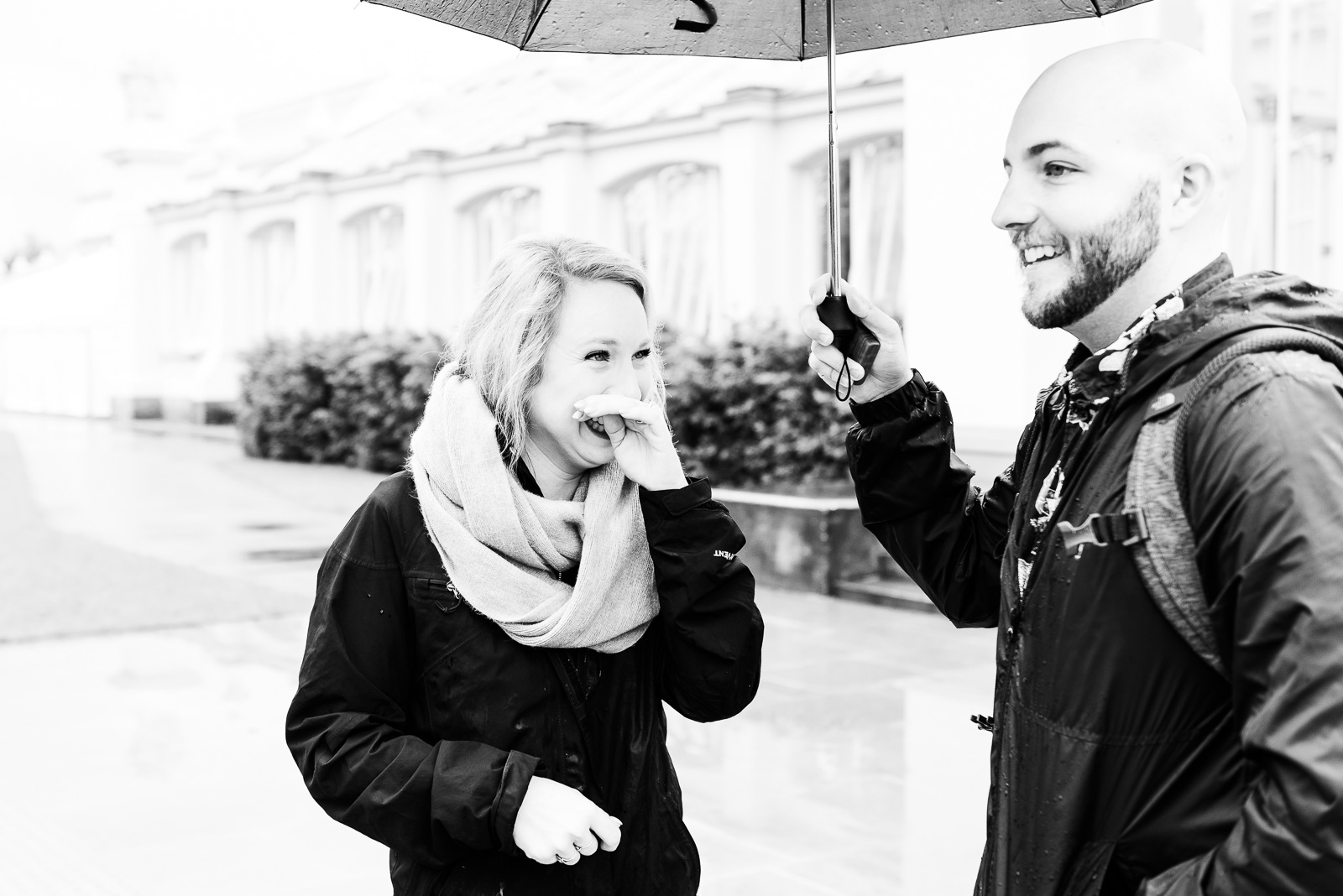 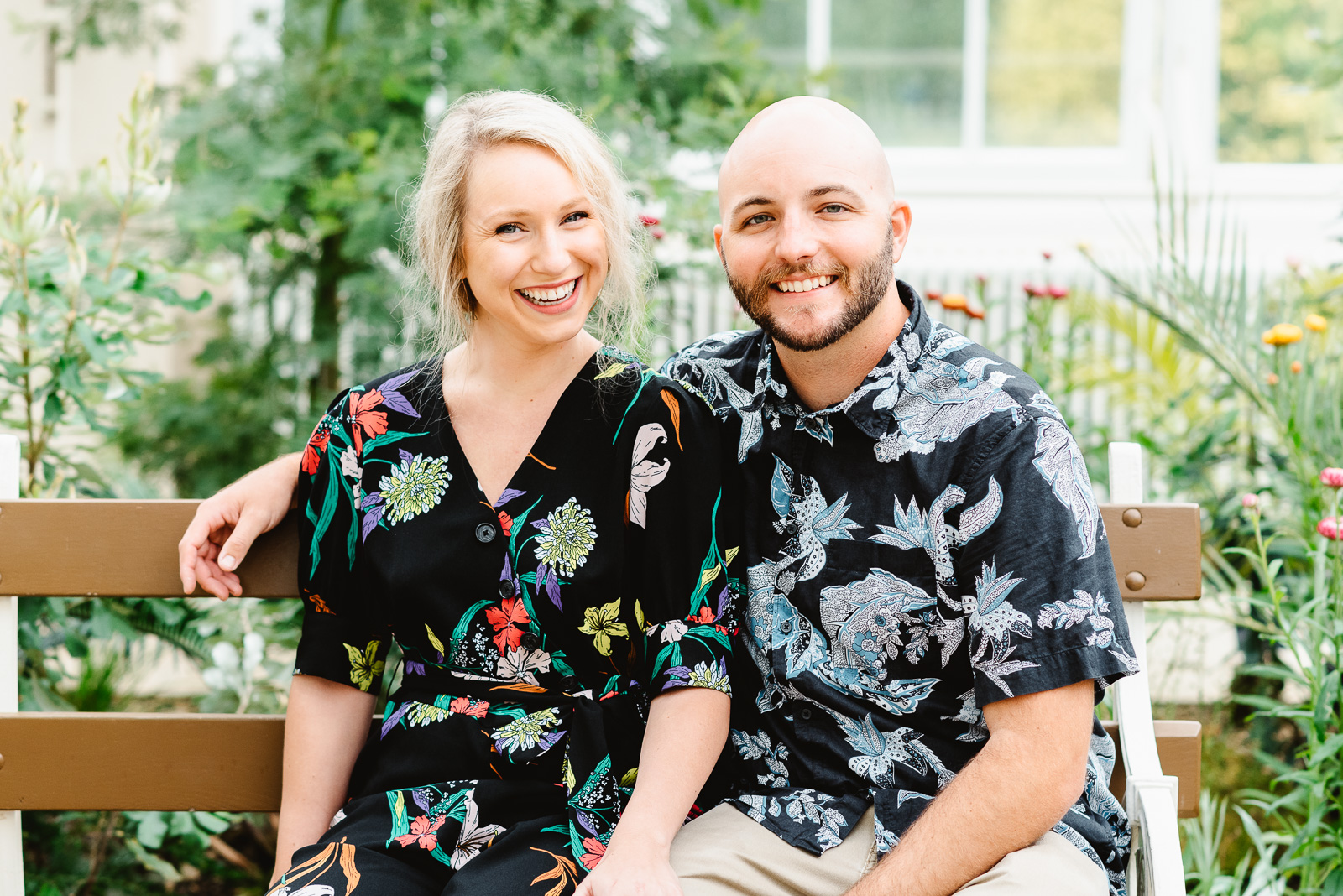 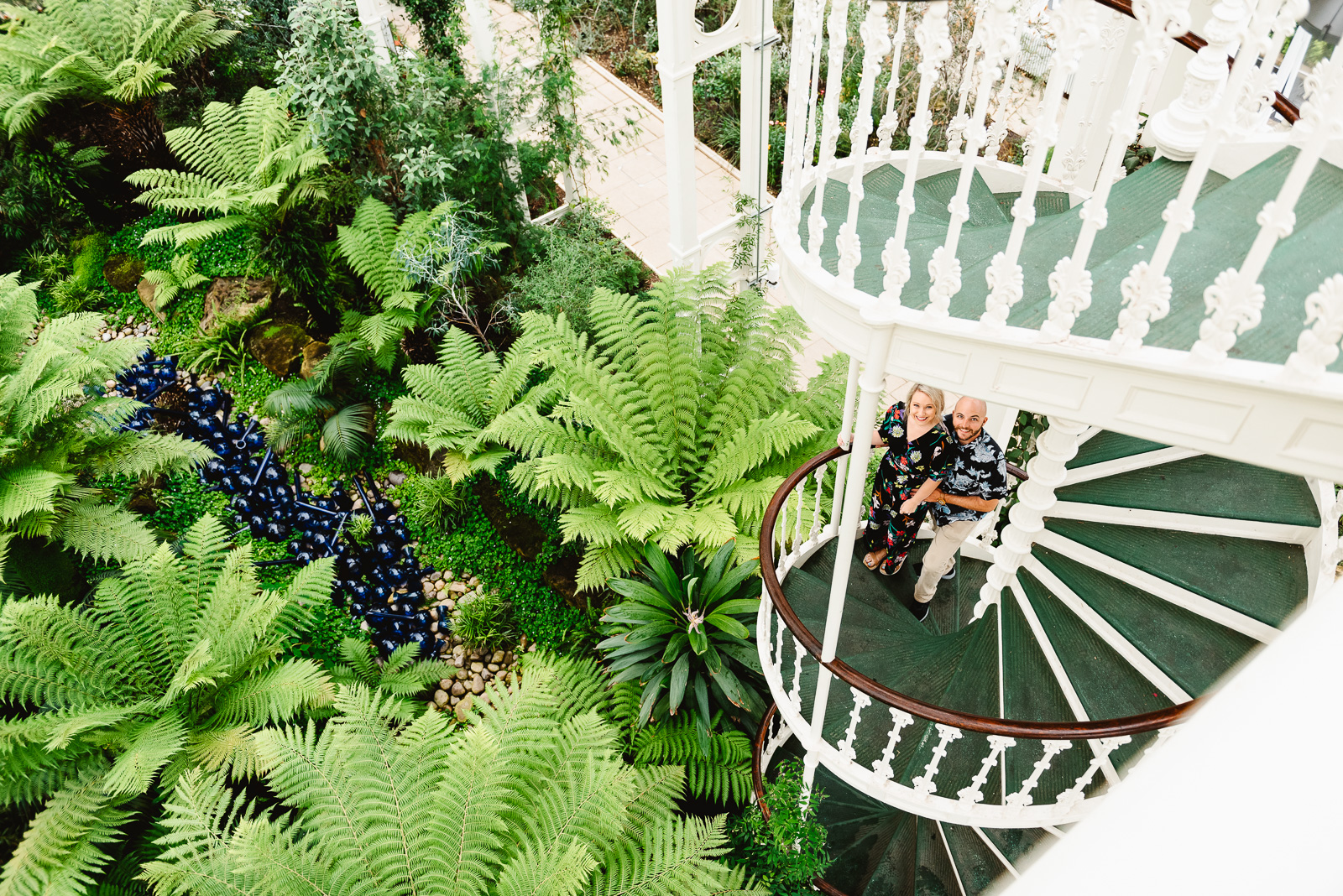 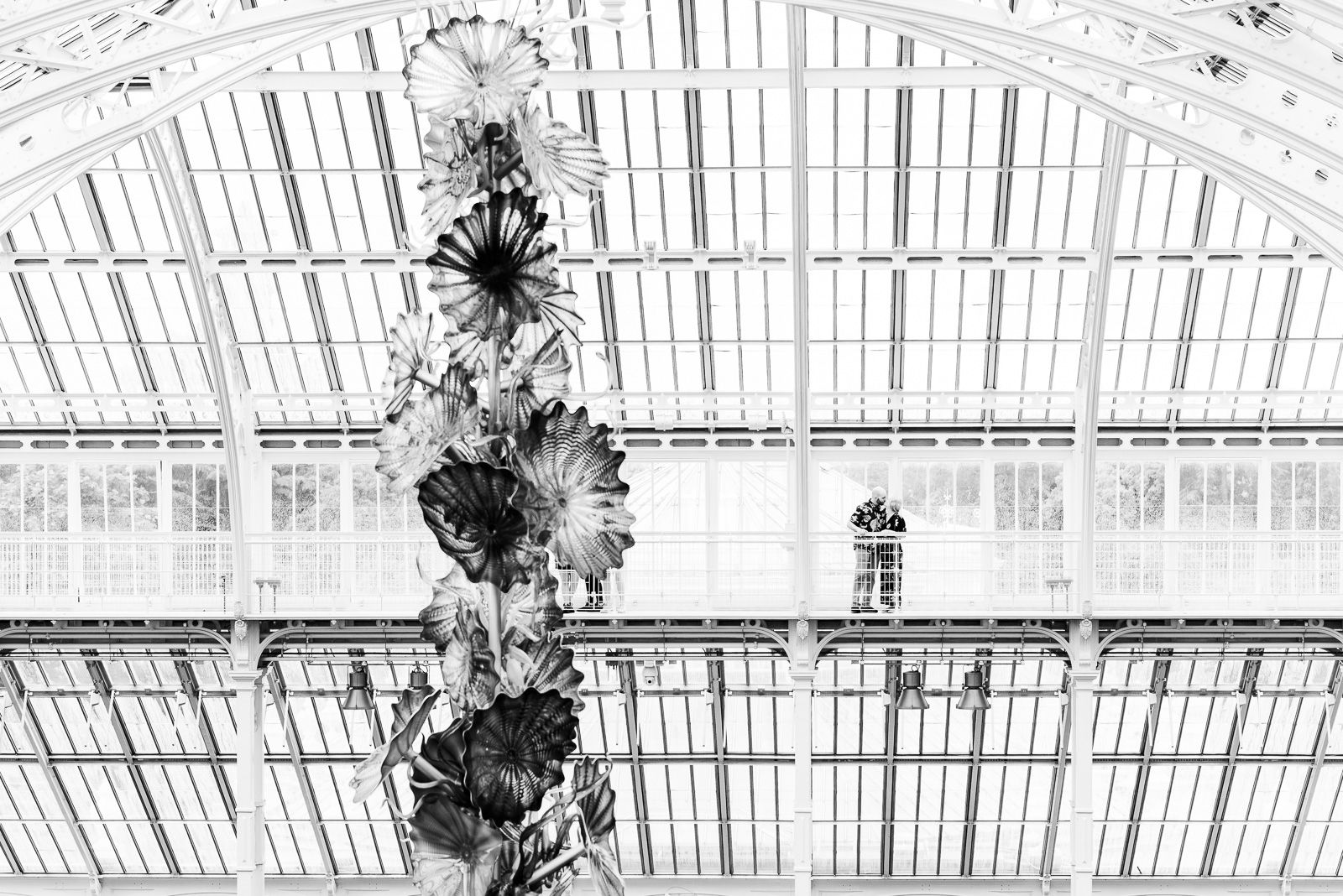 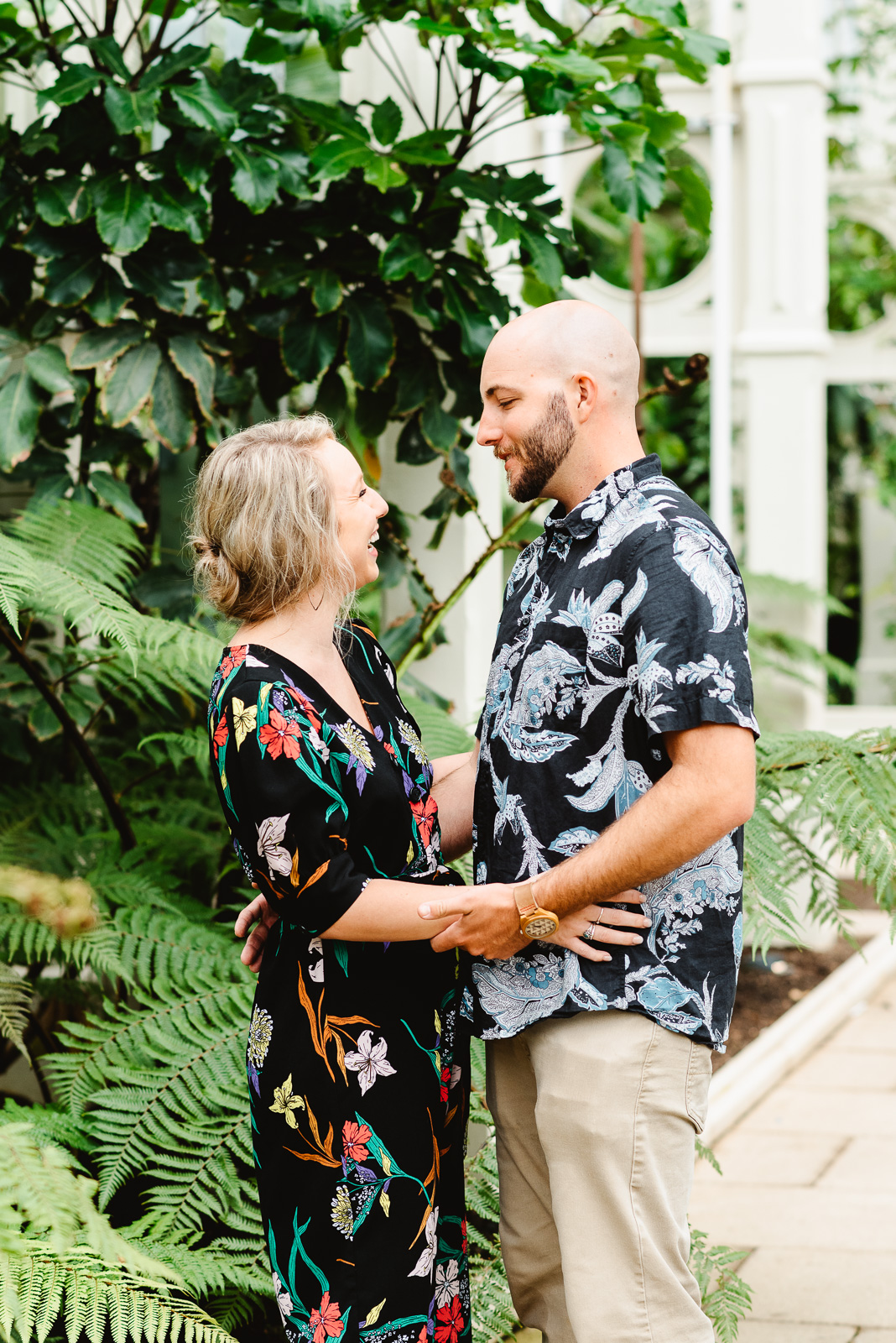 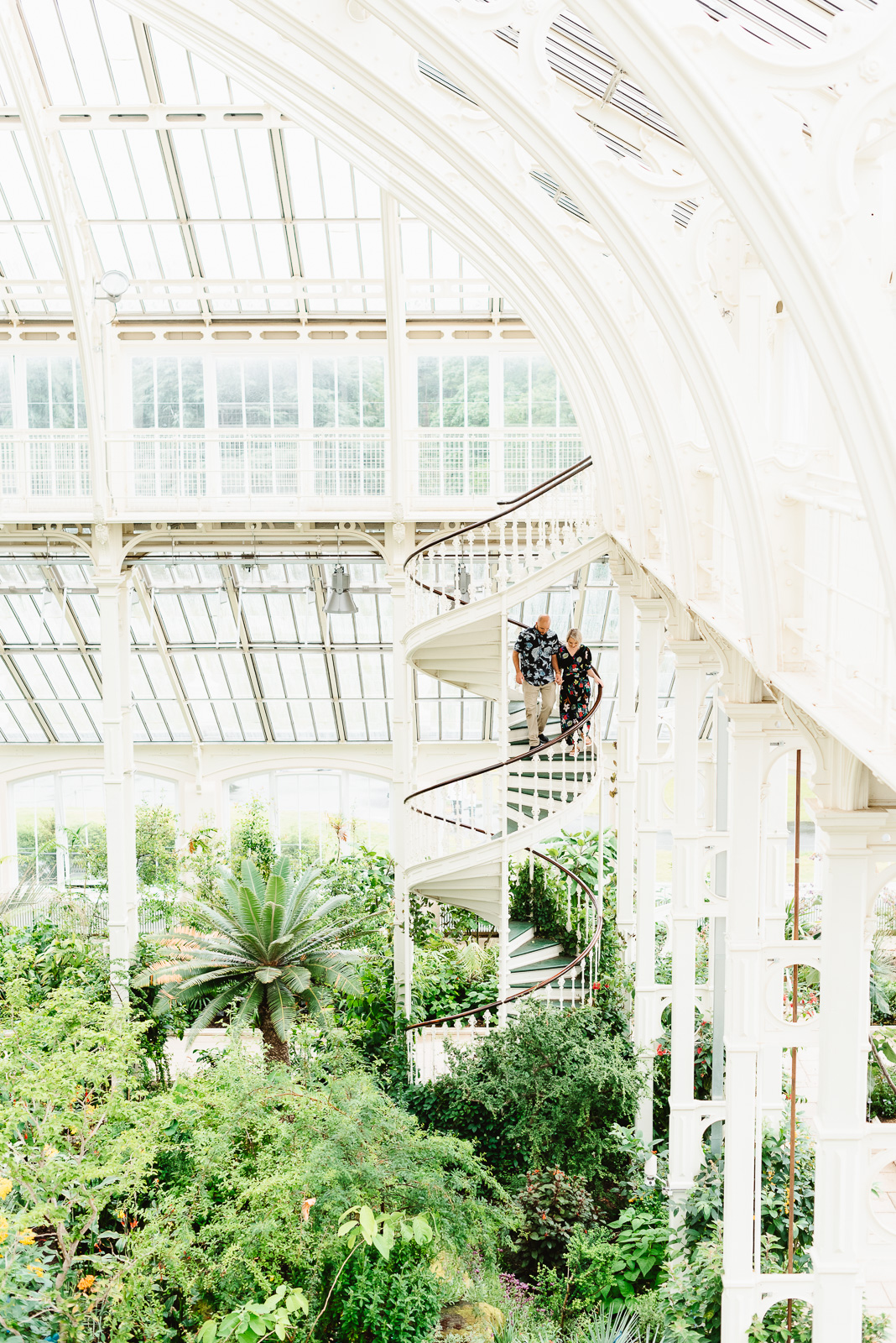 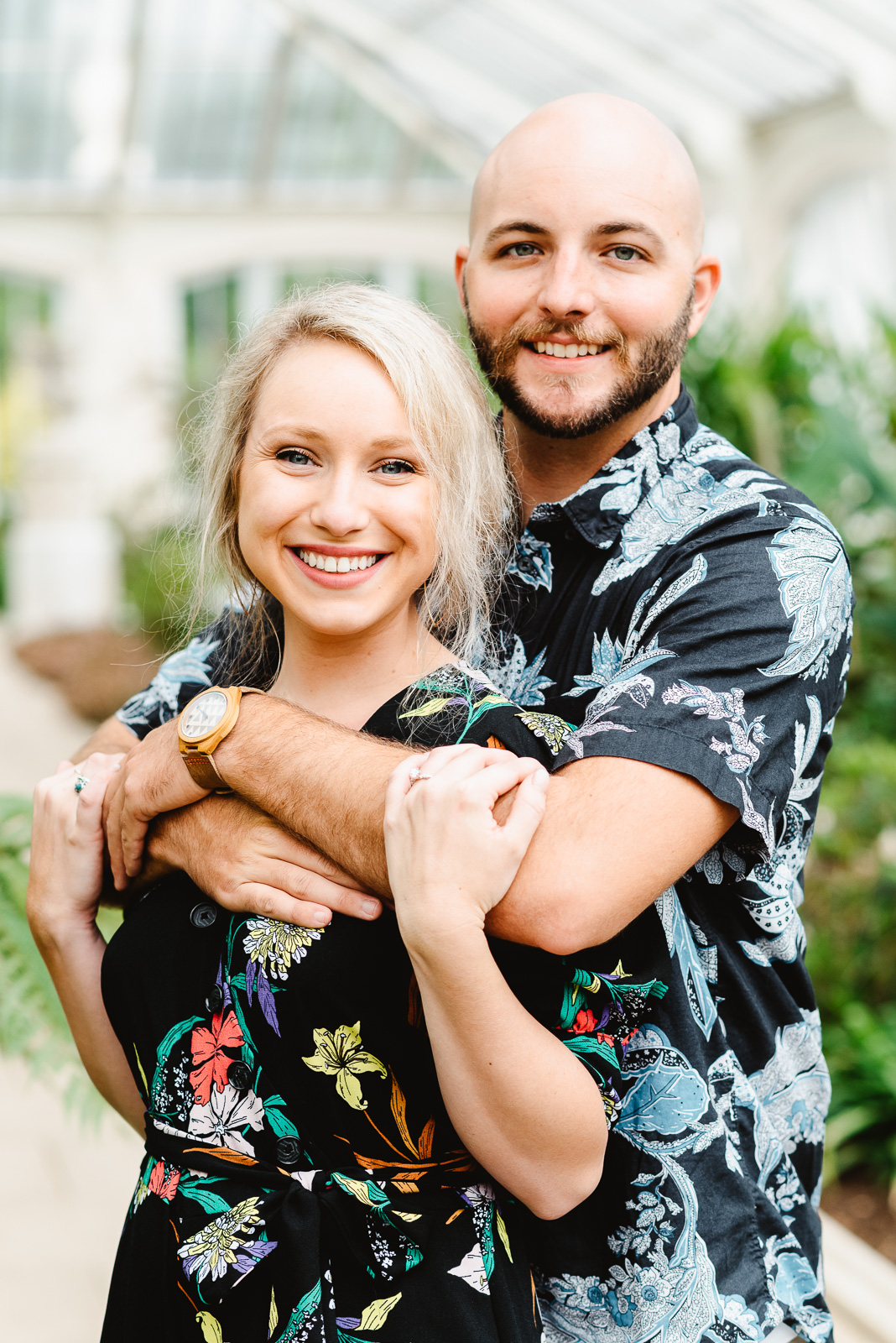 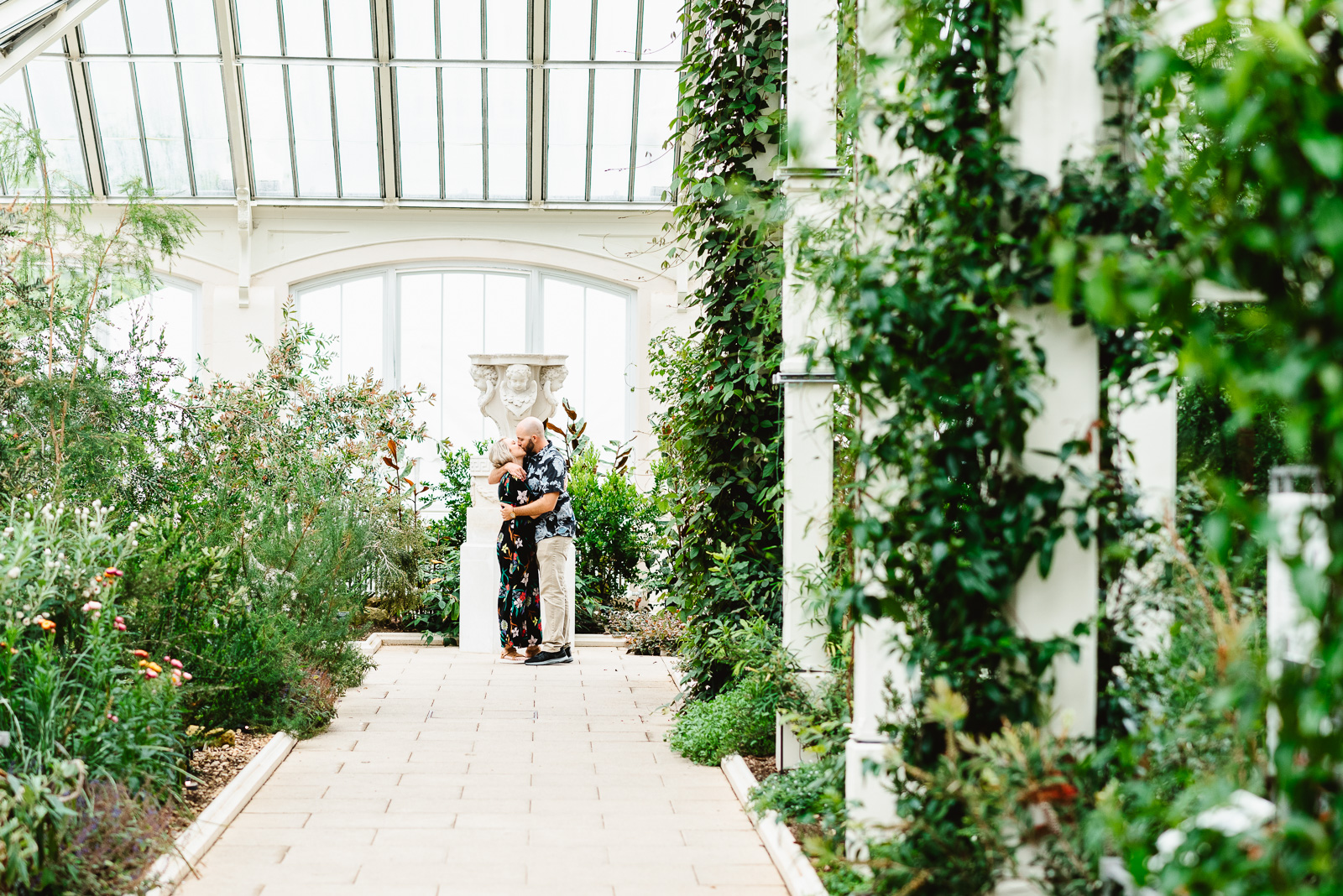 If you are planning a proposal and would like to get photos of the moment you ask your loved one to marry you, get in touch to chat photographing your wedding proposal!
If you’re keen to have your engagement shoot at Kew Gardens, then do check out Carl and Jack’s same sex engagement shoot at Kew Gardens here.
If you have already done the deed and are now busy planning your big day then you can check out my wedding planning guide, with loads of top tips and ideas for planning your wedding.
Thanks for popping by
Fiona x
SHARE THIS STORY

So professional photography! Do offer photography service in Asia. Look forward to hearing from you.

Thanks for the comment. I am based in the UK so most of my work is in UK or Europe.